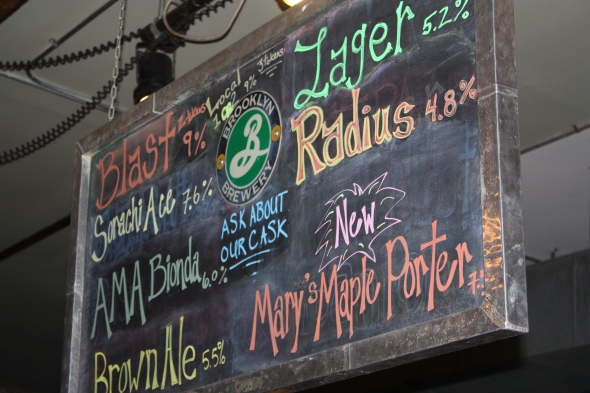 Monday night the Brooklyn Brewery added another well-balanced and delicious beer to its Brewmaster’s Reserve Series: Mary’s Maple Porter. In proper fashion, the brewery chose to craft this new beer for the winter at an easy drinking (possibly too easy) 7.5% ABV. 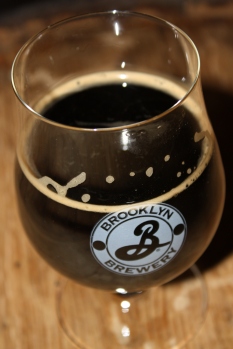 The beer is named after quality control employee Mary Wiles, who contributed the maple syrup, what Garrett Oliver called “Mary’s secret life of trees.” It comes from her family farm, Cedarvale Maple Syrup Co., in upstate NY. Oliver and his team showed great restraint in keeping the maple sweetness in check (thanks to their house yeast) and balancing it with a solid roasted malt character. Many breweries that use maple allow the flavors to over power the rest of the beer.

For the release the brewery also offered guests some other new brews. The new year-round draft version of Sorachi Ace was a favorite among the crowd along with the new Italian venture, Ama Bionda. We couldn’t pass up the chance to have some of our favorite session beer, Radius, a Belgian style pale ale that the brewery only distributes locally. The food was of course, delicious, with some of our favorite vendors Slant Shack Jerky and Ovenly (they made a delicious sticky pudding with the porter).